Dr. B C Roy carried out Post-Graduate Research for Loads on Bin Walls due to side Discharge resulting an approach to work out wall pressure at New Castle University (NCU) Australia in early eighties besides attending the course on

During his professional life Dr. Roy received number of award like- 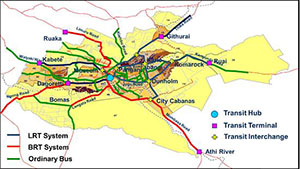 Civil/Structural engineering, Dr. B C Roy has dealt with many major projects; ranges from developing concept plan to execution. Dr. Roy has been deeply involved in a number of major bridge projects and grade separators including corridors in congested urban areas, under highly varying site conditions and project requirements. His contribution to the field of bridge design and construction extend from conceptualization to construction supervision. He is recognized as expert on MRTS. He has been involved in different types of structures such as mass rapid transit system, high speed corridors/expressways/road information system, long span shell roofs including use of semi-continuous shell roofs, underground structures, industrial structures, multi-storied buildings, transportation studies, stadiums and pioneer in introducing different type of precast segmental structures in urban context.

Dr. Roy was the leader to design and implement N-S underground metro corridor which included introduction of indigenous design and construction of DW, first time in Indian metro. Presently as the Joint Project Director/Project Director he is leading a multi-disciplinary experts from India and abroad for General Consultant to East-West Metro Corridor Project in Kolkata which is partly underground and partly elevated. The high point of the project is that design of underground tunnel passing below the River Hooghly, first time in India will be built. 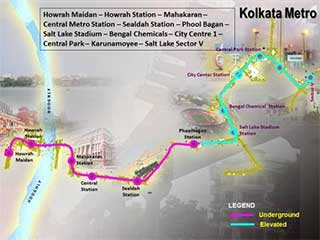 In the Nivedita Setu BOT Bridge Project employing single plane of stay cables with harp pattern supported on short pylons and extradosed concept - he was Team Leader of the Design Team with special emphasis on detail design and as a Project/Technical Director in administrative efforts and project management. The structural system, the highly innovative multi-span with single line of central support with 29.2 m wide single cell segmental design. First time in India a structure received such award in extra-dosed cable-stayed form, received international best award.

He has extensive experience in transportation related projects, both inter-city (Expressways) and intra-city. He has a strong orientation towards innovation and a pioneering attitude as seen in the extensive use of precast concrete units, concrete-steel composite system in his designs for bridges, flyover and also pedestrian subways. He is pioneer in introducing Precast segmental Subway. He also advocates fast track implementation of projects to realize returns faster and also to reduce environmental imposition. He introduced a superstructure system-using factory made pretensioned girders for a number of urban flyovers with a view to reducing construction time and on-site activities. 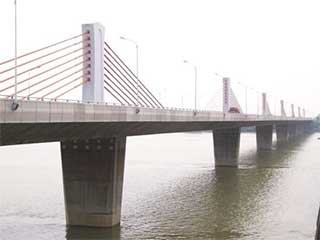 He has experience in the design and execution of underground and elevated structures for Mass Rapid Transit System, planning and design of corridor elevated or underground, Terminal area designs, Intersection Improvement Plans, pedestrian and parking facilities, urban flyovers, underpasses and subways.

Dr. Roy has been involved in different types of structures such as auditorium, industrial structures and multi-storied buildings both in steel and concrete, long span shell roofs including use of semi-continuous hyperbolic shell roofs, multistoried underground parking.

As a Team Leader for community sports complexes for MEER Project in Turkey his input and leadership are worth mentioning. He was even involved design of 3400 housing complex and implementation done in record time of nine months.

Has carried out extensive research to assess the loads on walls in side-discharged bin and develop subsequently the design procedures. Has also carried out research to study effects of cut-outs in cylindrical shell roof.

He is involved in many committee and involved in development of different codes in India. As Chair of the sub-committee he has guided his team to develop a “Guideline on Cable Supported Structures” for the Indian Road Congress (will be taken up for printing shortly).

He is active members/fellows of many national and international institution and conducted number of national/international conferences. He has published more than sixty papers in different journals proceedings in India & abroad.